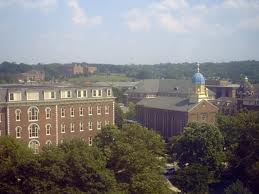 It is clear that driving and texting or use of a cell phone is dangerous and has led to numerous accidents. Keeping your eyes on the road is the #1 tenet of safe driving. So I applaud the new Ohio “texting while driving” law  that went into effect March1, 2103. My secondary concern is for the rights of drivers especially University of Dayton students given the recent statements quoted  in the UD paper by the director of police Maj. Larry Dickey.

“If a driver is found to be at fault in an on-campus incident, Dickey said UD police reserve the right to check the driver’s cell phone for any activity that correlates with the time of the incident. If police can prove the driver was engaged in sending or reading a text message while the incident occurred, the driver will be cited for violation of the law.”

This is troublesome to me because without probable cause the police on Dayton’s campus appear primed to seize and search cell phones of traffic offender’s at fault in “an on campus incident. Something the lawmakers likely never intended.

As a car accident lawyer representing auto accident harmed victims I hate to see anyone hurt by an  inattentive texting driver.  If I represent someone suspected of using an electronic device I may go after the phone records to prove they were texting. But this is done with Judicial supervision.

The next question is whether they will keep your cell phone as evidence and confiscate it. As for as the constitutionality of this and rights violation implications I’m going to talk with Dayton attorney Charles Rowland that would know about these constitutional issues.

Anthony Castelli is  car wreck bodily harm lawyer that seeks to recover financial compensation for injuries caused to his clients. With Superb rating from AVVO and preemminent rating by Martindale Hubbel,  he is acknowledged by his peers. The benefits of hiring an experienced traffic crash injury lawyer can not be overstated . Call him local in Dayton for a free no obligation consultation if you have a serious injury from an inattentive or otherwise at fault driver.

Keep the wolves at Bay

On September 29, 2016, Warren Stevens, 75, of Urbana, Ohio, as killed in an auto accident at the intersection of North Ludlow Road and Kanagy Road in … END_OF_DOCUMENT_TOKEN_TO_BE_REPLACED