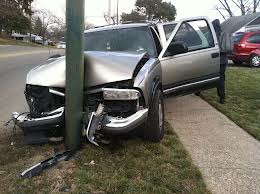 Once again a terrible car accident occurred in Dayton, Ohio involving personal injuries. On May 6th, 2013 in the early morning hours police responded to calls of a automobile hitting a pole. Although facts are sketchy it appears that two vehicles were involved.

Two cars were apparently involved in the car crash. One of the motor vehicles wrecked into a utility pole. Police surmise that the cars collided and the force of the collision knocked the one car into the pole. The traffic wreck occurred at North Gettysburg Avenue and West Third Street.

Police are trying to reconstruct the collision. They think one car ran a red light striking another. But they do not know which automobile ran the light.  They think one driver was a male and he went through the windshield. Some of the injured were taken by life squad to Miami Valley Hospital.

Police are continuing to investigate. Expect them to make hospital visits to seek the statements of the parties involved . They may issue citations based on the results of the interviews. if you witnesses this crash please call the Dayton Police.

If you just read the paper everyday or watch the news or look at the news on the internet virtually a day does not go by the a serious car accident in Dayton Ohio does not occur. that is why I call this an epidemic. Just recently it was reported that through out the United States road deaths are rising.

What Can You Do To Protect Yourself from a Car Accident

Here are several things you can do to protect yourself:

4. Try to stay off the streets late at night

5. Do not get in a car with a drunk driver

6. Try to keep drunk drivers off the road

Personal injury car accident lawyer with over 30 years experience getting money for injury victims.  1-937-306-6410 to contact an uncompromising advocate with uncompromising compassion for those wrongfully injured.

On September 29, 2016, Warren Stevens, 75, of Urbana, Ohio, as killed in an auto accident at the intersection of North Ludlow Road and Kanagy Road in … END_OF_DOCUMENT_TOKEN_TO_BE_REPLACED