On August 5, 2015, a high-impact four-vehicle crash in Dayton sent seven people to local hospitals. Police suspect that the at-fault vehicle may have been fleeing a local robbery. Five of the victims were riding in one of the two vehicles in motion and the other two were in a vehicle parked on the street. Based on the severity of the damage to the cars, the Dayton police suspect that the accident happened at high speeds.

All seven victims will likely be able to recover for their injuries (see legal commentary below).

Legal Analysis on Injures While Parked

You may be wondering if you will be able to fully recover for your injuries sustained while in a parked car. 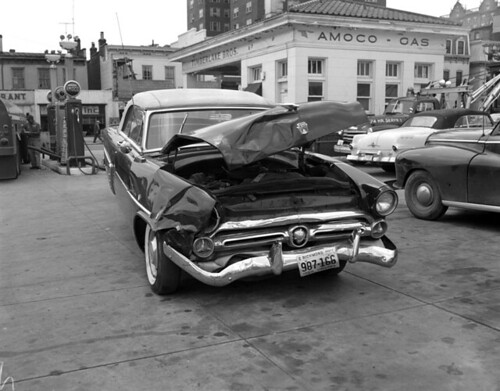 Generally, in Ohio, if a person is at fault for an automobile accident, he or she is responsible for injuries and damage that results from the automobile accident. Sometimes, though, the person who is at fault in an accident may be difficult or impossible to recover from. The most likely reasons this may arise is if the driver cannot be found or if he or she does not have auto insurance to cover the accident. Someone injured by such a driver will likely have no recourse to recover for their injuries unless they have uninsured motorist coverage. We recommend having at least $100,000 in uninsured motorist injury coverage.

Uninsured motorist policies frequently have a provision to cover someone who is “occupying” the vehicle. This provision has been interpreted fairly broadly in the past, extending even to people who are outside their vehicle. For instance, in Williams v. Safe Auto Insurance Co., et al., 2004-Ohio-3741 a woman was outside of her car, just about to get in when she was struck by debris from a nearby accident. The Court found that this was close enough to be considered “occupying” the vehicle.

The Supreme Court of Ohio made a similar determination in Joins et al. v. Bonner et al. 28 Ohio St. 3d 398. In that case, a passenger exited a vehicle on the passenger side, crossed in front of the automobile and, in the process of crossing the street, was struck by an uninsured vehicle about seven feet from the opposite curb. The Court found that even this was within the definition of “occupying” under the insurance policy.

On September 29, 2016, Warren Stevens, 75, of Urbana, Ohio, as killed in an auto accident at the intersection of North Ludlow Road and Kanagy Road in … END_OF_DOCUMENT_TOKEN_TO_BE_REPLACED